I saw these Trams during the day and planned to photograph them during the blue hour but was too late.

I prefer a symmetrical composition for shots like this one but it was just too cold for me to hold the camera steady while shivering so I leaned against a post.

WikiPedia says the Tramways was completed in May 2014; I didn’t know this when I visited Edinburgh. 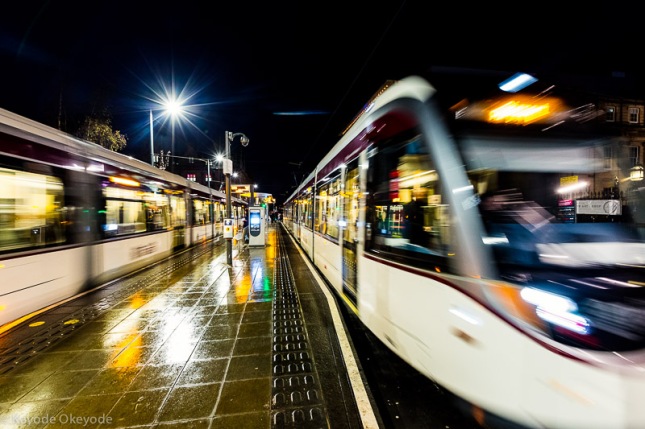